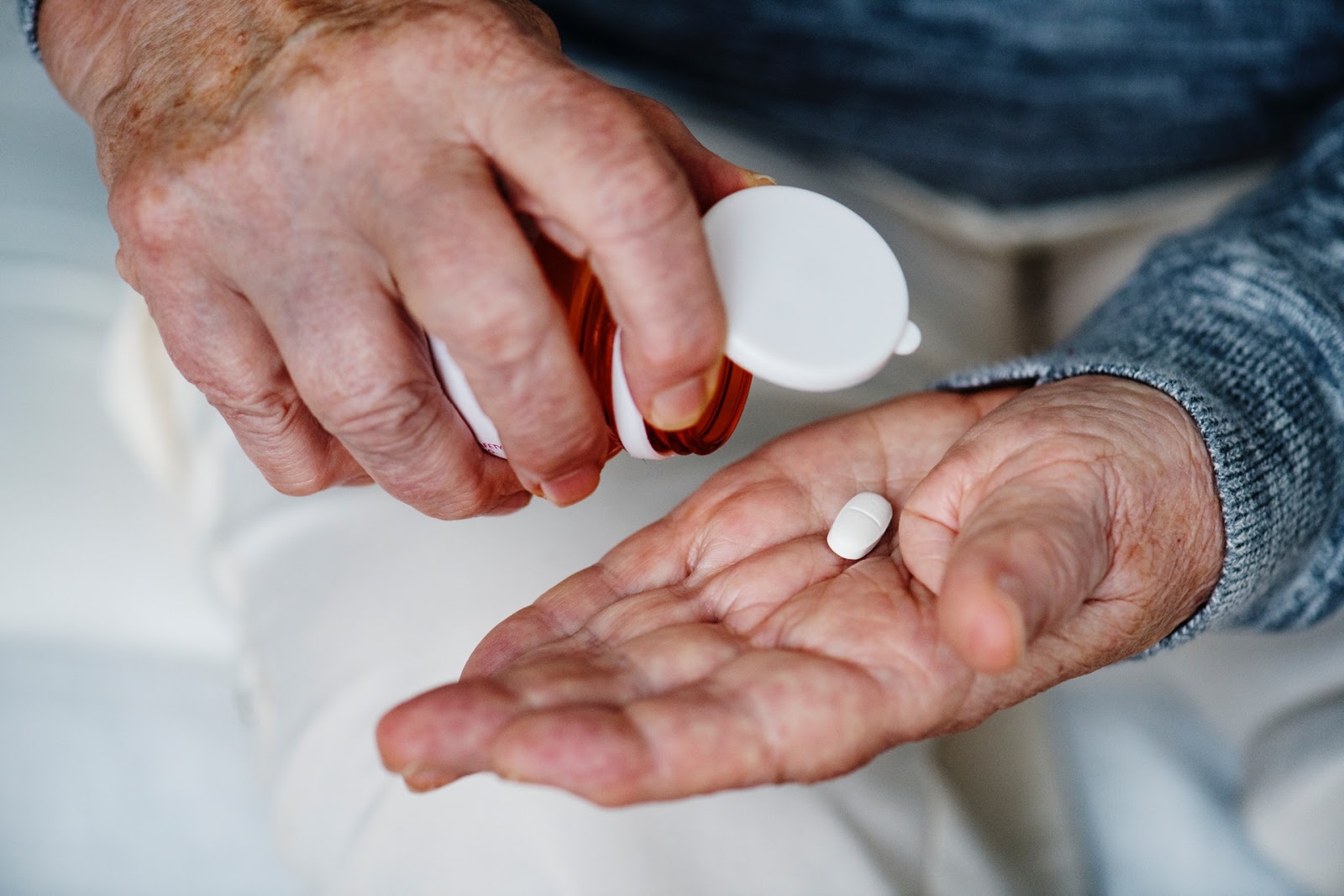 A 2016 survey conducted by the federal government found that 119 million Americans -- nearly half of the population -- over the age of 12 use prescription drugs. Unfortunately, though, not everyone who has been prescribed drugs actually takes them. About half of those 119 million Americans periodically skip their medications, and a quarter of those people don’t know what to do if they experience side effects. This nonadherence comes at a price -- patients who do not take their medications actually cost the healthcare industry $300 billion annually. Here’s a preview of what we’ll discuss in this article:

Why Aren’t People Taking Their Medications?

The American College of Preventive Medicine found that for every 100 prescriptions called into a pharmacy, 50 to 70 are picked up, 25 to 30 are taken correctly, and 15 to 20 are called in to be refilled. This continuous decrease in how many prescriptions are picked up, taken, and refilled is a concerning but true reality. This begs the question: why aren’t people taking their medications? Well, there are actually a few reasons, which we’ll now cover.

Sometimes, people simply forget to take their medications. This could be the result of being too busy, having to take a medication with or without food, or just not remembering. Plenty of people take more than one medication, and there are always certain stipulations that come with each medicine. One medication may have to be taken in the morning, one with food in the afternoon, one without food in the evening, and so on. Perhaps people just forget to take a medication in the afternoon because they took one in the morning and considered themselves done.

They Experience Uncomfortable Side Effects

You hear about it all the time during commercials, and you see it listed in a pamphlet -- the endless list of side effects. While the side effects differ from drug to drug, a few common ones are:

Some people don’t experience the side effects of a medication -- or maybe they don’t realize they do -- but there are those who do. Side effects can be quite unpleasant, sometimes even more unpleasant than the actual condition they’re meant to combat.

Taking all doses of your medication is extremely important for a proper recovery. If you have an antibiotic prescribed for, say, 2 weeks, you should take the whole 2 weeks worth even if you feel better 1 week in, as this can be very dangerous. For example, if you are taking antibiotics for a bacterial infection and you stop taking the antibiotics after a few days, there is a chance that some germs may still be alive. Those germs, which have developed a small resistance to the antibiotic that didn’t kill them in the first place, now will multiply and spread. You’ll be stuck with a new, more resistant strain of the bacteria.

You shouldn’t stop taking the medication unless your doctor tells you otherwise. To avoid future confusion, talk with your doctor when they prescribe your medication.

They Can’t Afford Them

A sad but true reality for a lot of Americans is that they cannot afford to pay for their medications. It’s not that people don’t want to take their medications, they just are worried that they won’t have enough money to cover future refills and therefore want to ration what they have.

According to a 2015 survey conducted by Robin A. Cohen and Maria A. Villarroel of the National Center for Health Statistics, nearly 8 percent of American adults don’t take their medications properly. In 2017, there were three main ways people tried to cut costs, with the first way being the most common:

Not taking medications as prescribed means skipping doses, taking less than the prescribed amount -- e.g., cutting a pill in half -- or waiting to refill the prescription. Over 11 percent of American adults have tried one of those ways, or others that aren’t previously listed, in the past year.

The Dangers of Not Taking Your Medications

Not taking medications properly can cause serious problems, like a heart attack or other complications that may require a visit to the hospital. The irony here is that by trying to save money, people might have to may more out-of-pocket because of a trip to the emergency room. The Center for Disease Control and Prevention estimates that 30 to 50 percent of chronic disease treatment failures and 125,000 deaths are caused by people not taking their medications properly.

In the past year, more than half of the adults in America say they were prescribed a medication, with a lot of them saying they had to pay for them out-of-pocket. Luckily, there exist a few alternatives to expensive medication.

A report from the Centers for Disease Control and Prevention shows that 20 percent of American adults who take prescribed medications have asked their prescribers for a cheaper option. As with many products, brand name medications cost more than generic ones.

Talk to Your Doctor

How Can We Make Sure More People Take Their Medications?

Poor medication adherence can lead to complications down the road for many people. How can we fix this? How can we make sure that more people take their medications?

Taking your medications at the same time every day can help you. If you need some help being reminded, timer caps that go off when you need to take your next dose or pill containers with a slot for each day of the week are ways to remind you. Another option is to take your medication when you perform a daily routine, like eating breakfast or washing your face. That way, it becomes a part of that routine and something you’re less likely to forget.

Once you get into the swing of things, taking your medications will be as natural a part of your daily routine as brushing your teeth.

Thanks to modern technology, there are plenty of apps for your phone and/or tablet that remind you to take medicine, like:

With these apps, you can enter your medication and set up the dosing schedule. Then, the app sends you reminders when it’s time to take your medicine.

If you aren’t a smartphone owner or don’t think an app would work, there are products out there you can buy, too. Some examples are:

Both apps and devices are great ways you can remind yourself to take your medications at the proper time.

Cost is the biggest reason people try to ration, don’t purchase, or don’t even take their medications. Instead of putting the responsibility on the patient to purchase products or buy generic drugs, the responsibility should fall on the companies who manufacture and produce the medicines.

While there isn’t one solution that will make it so every person who has prescription drugs takes them properly, there is definitely room for improvement when it comes to medication adherence. Not taking medications properly hurts both the patient and the healthcare industry, so something needs to be done.

How Does Your Benefits Plan Stack Up?

The Kaiser Family Foundation and the Health Research & Educational Trust (HRET) released their 2017 Employer Health Benefits Survey in September. The report sheds light on the employer-sponsored insurance landscape, which covers around 151 million workers.

How much of our health and well-being can we control? It turns out to be a large portion. At least where we have some control. The chart to the right shows that for 70% of the factors, we can exercise some control. Behavior accounts for the largest piece at 40%.